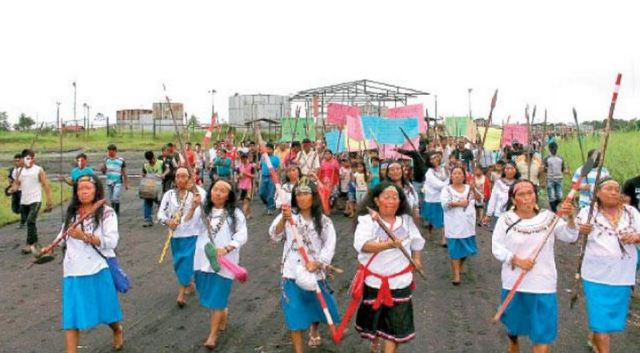 Over 100 protesters have blocked a Pluspetrol airfield in the Loreto department since Saturday night.

The occupation is preventing aircraft from landing at the Andoas airfield, which provides access to a nearby Pluspetrol camp. The move is seen as an escalation of the conflict between local communities and the Argentina oil company.

Peruvian newspapers have reported the protesters include natives of the Chibcha, Achuar and Quichua communities.

General Jorge Perez, police chief of Loreto, said the occupation is peaceful. “Right now they are engaging in dialogue. They are asking for 8 million soles ($2.6 million) for the use of their lands.”

Perez added that a police command station has been installed, and that both Pluspetrol and the police will avoid any kind of confrontation. So far there has been no damage to people or property.

Chibcha tribesmen also blocked boats from moving towards a Pluspetrol camp on the Corrientes River. On Friday, protesters from the Nueva Jerusalen community in the Corrientes river basin blocked a road leading to Pluspetrol’s Glorissa camp, where many company employees live. In that area, local villagers are angry about an oil spill of 93 barrels in 2014, according to Henderson Rengifo, president of the Interethnic Association of Peruvian Jungle Development.

National Office of Dialogue and Sustainability chief Julio Rojas insisted these incidents are minor issues in the negotiations between native communities and the government regarding Pluspetrol’s oil drilling in the Loreto department. “We still have not agreed on the value of the damage caused to the biodiversity during the 40 years of oil drilling, but we are still in talks,” he said.

On Sunday, Energy and Mines Minister Rosa Ortiz urged the native communities to continue the dialogue. “President Ollanta Humala’s government has shown a strong commitment to arrive at a consensus which improves the quality of life for the villagers of these communities.”

Ortiz added that the negotiations were 95% complete. Negotiations have gone on for the last three weeks, and last Friday almost all points were decided.

Last month, more than 300 natives of the Pampa Hermosa community entered the Jibarito installations to occupy Pluspetrol’s oil fields in block 192, formerly known as block 1AB. The company said production at 14 wells totaling 3100 barrels per day has stopped. Indigenous communities from the river basins of the Pastaza, Tigre, Corrientes and Marañon rivers in the Loreto department are demanding compensation for environmental damage from oil drilling.

Today a water-treatment plant was inaugurated in the Dos de Mayo community in the Marañon river basin. The plant will benefit 230 villagers.

Housing, Construction and Sanitation Minister Milton von Hesse added that this is the first of 17 water treatment plants to be installed in the Marañon river basin. He added that the ministry has allocated an investment of 50 million soles ($16.2 million) for 65 water-treatment plants that will benefit 20,000 inhabitants in the basins of the Pastaza, Corrientes, Tigre and Marañon rivers.

Last month, natural gas exploration by Pluspetrol was at the center of violent protests in Pichanaki that killed one and injured 32. 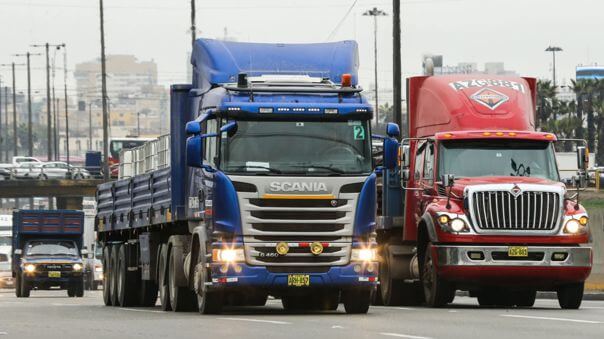